Back for her second Wolfeboro summer, student Helen told a great story at the dinner table the other night.  She found a little bit of her own history.

When she got home from Wolfeboro at the end of last summer, Helen didn’t have her camera or the pictures on her memory cards.  She thought they were gone for good. Imagine her surprise when she arrived on campus this summer, almost a full year later, and found her camera and memory cards right in the cabinet where she had left them.   Her camera still works after surviving one of the coldest, longest New Hampshire winters in recent memory and her memory cards hold all her 2014 summer pictures.

The bonus find – with the camera she also found a couple of letters that she’d written to her parents but never mailed.

One of the great things about living along a beautiful New Hampshire body of water during the summer is the opportunity to swim in the morning.  The water can be cool on a hot afternoon, but it can also feel warm if the water temperature is higher than the air on a cool morning.

No matter the weather, a morning pond jump is a great way to start the day.

Enjoy these pictures from a Girls’ Campus morning swim: 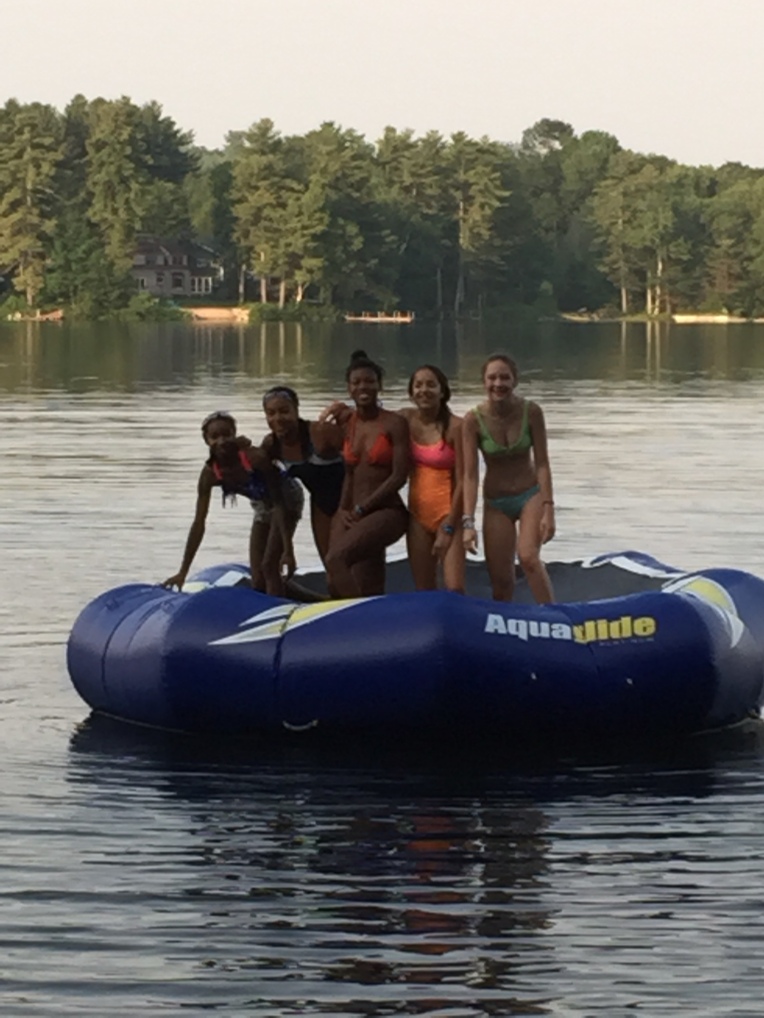